What do Tiger Woods, Michael Jordan, Charles Barkley and Floyd Mayweather, Jr. all have in common?  They’re sports super-stars, of course. But they’re also something else:  Hard-core gambling addicts.

Which means they’ve also lost a ton of money– much of it betting on sporting events. 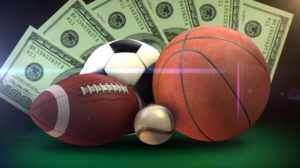 Mayweather, Jr. regularly gambles as much as $400,000 on college football games.  He reportedly once won $3 million on a single Orange Bowl contest.  But his biggest bet – and loss — came in 2014, when he wagered $10 million that the Denver Broncos would win the Super Bowl.  In fact, the Broncos were crushed 43-8 by the Seattle Seahawks in one of the biggest Super Bowl blow-outs in history.

Jordan, meanwhile, is fond of betting on golf, including his own head-to-head contests with Woods and Barkley.  He once lost a $1.25 million golf competition with Richard Esquinas, a private businessman from San Diego.  There are rumors, never confirmed, that Jordan’s gambling habit – which includes unsuccessful betting on poker and roulette at casinos in Atlantic City — was a major reason behind his retirement from basketball.

Woods, it seems, has a penchant for card gambling.  He reportedly bets $25,000 a hand when he plays his favorite game – Blackjack — and is known throughout the casino circuit as a high-roller player.

According to one source, “he’s even received a $1 million betting limit by the MGM Grand in Las Vegas, where he always requests for the table to be filled with beautiful girls.”

None of these sports celebrities seems to have lost it all gambling – and they have the talent and drive – and above all, the money — to rebuild their fortunes after suffering major reversals.

But the average Joe is rarely so lucky.

Article courtesy of The Conservative Mom