An estimated 750,000 American teens and young adults are problem gamblers according to researchers at the University at Buffalo’s Research Institute on Addictions. 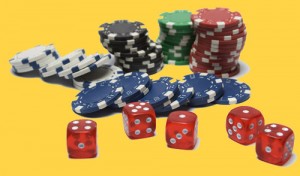 Problem gambling is defined as gambling associated with three or more negative consequences, such as gambling more than you intended or stealing money to gamble.

The national telephone survey of almost 2,300 respondents, ages 14 to 21, found that 2.1 percent were problem gamblers, which works out to a nationwide total of about 750,000 young problem gamblers, the researchers said.